This week in 1991's debuts peaking outside the top 100 are about as diverse a bunch of songs as you could get, with everything from hair metal, new jack swing, electronic, alternative, soul-pop, downtempo, and... er, an Australian football song sung by a 68 year-old.  Shall we take a look? 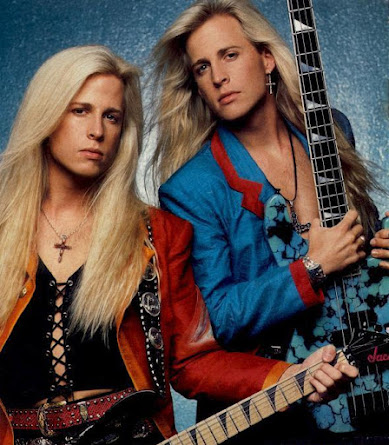 Nelson: L-R Kim Carnes & Fabio.
Top 150 debuts:
Number 114 "Up There Cazaly '91" by Louie the Lip
Peak: number 105
Peak date: 19 August 1991
Weeks in top 150: 5 weeks
If you live in Victoria, or have the slightest interest in Australian Football League, you will know the Mike Brady song "Up There Cazaly".  This track, which does not appear to be available anywhere online to listen to and I have not heard before, is a cover version of that track, performed by former Victorian Football League (as it was then known) player Lou Richards.  Lou died in 2017, aged 94.
Short of paying $34 for the CD single on eBay (which I am not prepared to do for this track), we are probably not going to hear this one.  I even messaged someone who owns the CD on discogs to see if I could get a rip of the track, but have not yet heard back.  I will embed the song here if I can manage to get my hands on a copy.  In the meantime, I have posted the single sleeve below. 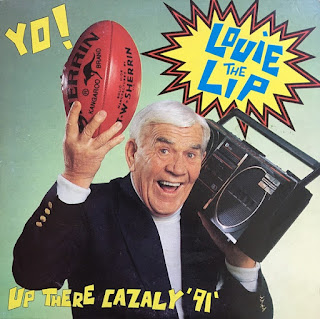