As I wrote on my last Kent Music Report beyond the top 100 chart recap for 1981, the 'singles receiving significant sales reports beyond the top 100' list did not re-commence as a list ordered by sales rank in 1982 until August.  This week, 40 years ago, there was just one title on this list that did not end up making its way into the top 100.  Let's take a look at it. 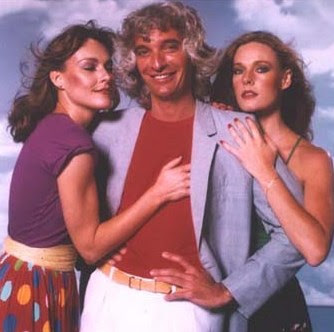 Joel Diamond and 'friends': the music is not nearly as interesting as this picture would suggest.
Beyond the top 100:

Position 7 "Super-Strauss" by Joel Diamond
Highest rank: 7th
Peak date: 30 August 1982
Weeks on below list: 3 weeks
If I am being brutally honest, as good as the 1980s were, musically and culturally, there was also a lot of... crap music around.  And while this instrumental medley of several classical music pieces from American producer Joel Diamond is technically musically proficient, what on earth is it doing (almost) troubling the Australian singles charts in 1982?!  Joel otherwise never landed a chart entry in Australia under his own name.
Next week (6 September): Another week with only one new entry bubbling under the top 100; this time, with a song that would (very) belatedly go on to become a hit.
< Previous post: 23 November 1981                                Next week: 6 September 1982 >
Posted by Bubbling Down Under at 00:00