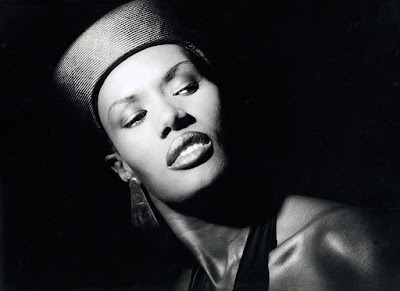 After a few quieter weeks with singles peaking outside the top 100, this week we have a whopping 12 new entries to take a look at.  Let's dive in! 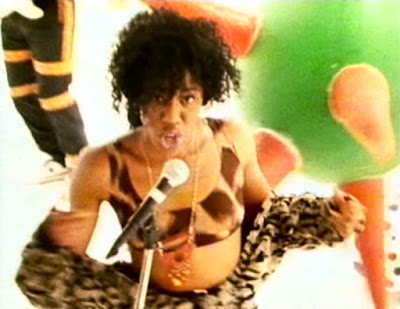 S'Express: This singer looks like she's being chased by... COVID-89?
Top 150 debuts:
Number 131 "Angel Dove" by Joe Camilleri
Peak: number 129
Peak date: 4 December 1989
Weeks in top 150: 10 weeks
I must have heard this being played on FM radio at the time, when the target demographic seemed to be your parents - and music that teens, tweens and younger (or even 20-somethings, for that matter) enjoyed was all but ignored by the radio programmers of the day... but I have no recollection of this song, whatsoever.
Joe Camilleri racked up 12 top 100 singles under the guise of Jo Jo Zep, with or without The Falcons, between 1976 and 1983, with the biggest two of those being "Hit and Run" (number 12, September 1979) and "Taxi Mary" (number 11, November 1982).  More-recently, The Black Sorrows, fronted by Joe, scored a number 9 hit with "Chained to the Wheel" in May 1989.
"Angel Dove" was recorded to raise funds for Amnesty International - well, as many funds as can be raised with a number 129-peaking single (I'd love to know the actual figure).  From around the 2 minute mark in the video, there are profiles of several children who've become victims of war brutality.  Joe was back to releasing material as part of The Black Sorrows after this, and they will bubble under in 1993.
This track sadly (and I say that without the slightest hint of irony...) won't be the first charity single to completely bomb on the Aussie charts.
Number 137 "Tell Me I'm Not Dreaming" by Robert Palmer
Peak: number 117
Peak date: 4 December 1989
Weeks in top 150: 4 weeks
Weeks on chart: 4 weeks
Another song I never heard at the time is this one, by the perpetually-suited Mr. Palmer.   In Australia, "Tell Me I'm Not Dreaming" was the fifth and final single from Robert's 10-track Heavy Nova (number 2, February 1989) album, and the only one of the lot to miss the top 40.  The track was a cover version of Jermaine Jackson's 1984 single "Tell Me I'm Not Dreamin' (Too Good to Be True)", which also featured his more-famous brother, Michael Jackson.  Robert performed the track as a duet with B.J. Nelson, for whom he also produced her 1989 self-titled album.  Robert's version of "Tell Me I'm Not Dreaming" was only released as a commercial single in North America and Australia, and it peaked at number 60 in the US in August 1989.
Spoiler alert: in a Bubbling Down Under first, Robert Palmer had back-to-back debuts, and will be joining us again next week with a different track!
Number 143 "Mantra for a State of Mind" by S'Express
Peak: number 141
Peak date: 27 November 1989
Weeks in top 150: 2 weeks
Weeks on chart: 5 weeks
S'Express, sometimes stylised as S-Express and S'Xpress, burst onto the chart in 1988 with "Theme from S-Express" (number 11, September 1988), and followed it up with "Superfly Guy" (number 35, October 1988) and "Hey Music Lover" (number 53, May 1989).  Released as the fourth and final single from their Original Soundtrack album (number 69, May 1989), the video for "Mantra for a State of Mind" featured some of the best use of vacuuming in a music video since Queen's "I Want to Break Free" in 1984, as well as some inflatable spiky balls that bear a loose resemblance to the COVID-19 virus.
I was an S'Express 'fan' of sorts (despite not actually buying any of their music until the album re-issue in the early 2010s), but I never heard "Mantra...", in full, at the time.  I say "in full", as that rather nifty vocal hook used during the intro and throughout was sampled/re-created as part of Rococo's "Italo House Mix" (even though this song is not really 'Italo'), which peaked at number 13 in February 1990.  I did, however, manage to finally hear/see the S'Express original when catching the video on rage a year after its release, randomly screened one week before the top 60 started in November or December 1990.  A lack of promotion locally therefore must have been a factor in the single's floppage down under. In contrast, "Mantra..." was a moderate hit in the UK, where it peaked at number 21 in October 1989, and also peaked at number 12 in Ireland a month prior.
S'Express will pay us another visit in 1992.

One thing all four of the songs I write about this week have in common is that I didn't know any of them in 1989.  Perhaps they are new to you, too?  Although I think you'll probably know one of them - but not this particular version.   Let's take a look. 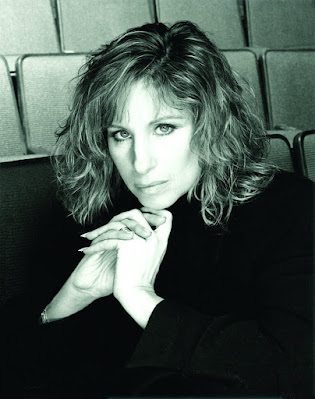 Babs Streisand: she's not makin' hits anymore
Top 150 debuts:
Number 122 "We're Not Makin' Love Anymore" by Barbra Streisand
Peak: number 111
Peak date: 8 January 1990
Weeks in top 150: 11 weeks
Weeks on chart: 11 weeks
Barbra Streisand, whom we saw bubble under in February 1989, was a name I knew, though I wasn't familiar with very much of her music, as a just-turned-11 year-old in November 1989.  My impression of her was - it's sappy ballad music for your mother.  I don't think I've heard this one before.  Checking its Wikipedia page, I am not surprised that it's the work of Diane Warren, who I recently dubbed 'beige songwriter extraordinaire'; though Michael Bolton also had a hand at inflicting this upon the world... er, sorry, writing this.  In fact, Michael recorded his own version of the song for his 1991 album, Time, Love & Tenderness.  It sounds, to me, like Barbra's version would have made a nice soundtrack for the closing scenes of a 1980s made-for-TV movie.
"We're Not Makin' Love Anymore" was released as a single to promote Babs' latest 'hits' compilation album, A Collection: Greatest Hits... and More (number 22, December 1989).  Despite its songwriting pedigree, "We're Not Makin' Love Anymore" failed to set the charts alight anywhere, peaking at number 85 in the UK in November 1989, and at number 89 in the Netherlands in the same month.  While making number 10 on the Billboard Adult Contemporary chart (not a real chart, IMO), it failed to enter the Hot 100.
On the ARIA state charts, "We're Not Makin' Love Anymore" performed strongest in South Australia/Northern Territory, where it reached number 74.
Babs will next join us in 1992.

Number 140 "It's All Coming Back to Me Now" by Pandora's Box
Peak: number 133
Peak date: 8 January 1990
Weeks in top 150: 10 weeks
Just a fortnight ago, I wrote about a song that was later turned into a hit (though not so much in Australia) by Céline Dion, and here we are again with another flop that Céline would add her Midas touch to in 1996, when her version peaked at number 8 in November of that year.
Written by Jim Steinman, who penned big hits for Meat Loaf and Bonnie Tyler, Pandora's Box - a female quartet plus Jim on keyboards - performed the original recording of "It's All Coming Back to Me Now".  Meat Loaf wanted to record the song, but Jim felt it was better-suited to a female vocal.  The dispute over recording the song between the two even led to a lawsuit, preventing Meat Loaf from recording it... for the time being, at least.  Meat eventually released his own version as a duet with Marion Raven in 2006.
The Pandora's Box version, which peaked at number 51 in the UK in October 1989, was accompanied by a rather... bombastic music video, complete with what looks like an s&m-themed orgy and medical resuscitation scenes.  Skip to 0:58 on the embedded link below if you want to skip the spoken word part, which I'd not heard until now.  Video aside, I think I prefer this version of the song, without Céline's vocal histrionics.  While parent 'concept' album Original Sin (number 127, December 1989) was a flop (except in South Africa - I am reliably informed by the Wikipedia article), it is notable for containing the original version of this song, as well as others that were later recorded by Meat Loaf and even Taylor Dayne.
Pandora's Box released one further single in Australia, "Good Girls Go to Heaven (Bad Girls Go Everywhere)" in February 1990, but it failed to reach the top 150.
Number 146 "I Live by the Groove" by Paul Carrack
Peak: number 105
Peak date: 18 December 1989 (chart repeated 25 December 1989 and 1 January 1990)
Weeks in top 150: 11 weeks
Weeks on chart: 12 weeks
Paul Carrack scored a trio of solo top 40 hits in Australia in 1987-1988, with the biggest of those being "When You Walk in the Room" (number 7, September 1987).  We also saw him bubble WAY down under in June 1989, on a duet with Terri Nunn.  Released as the lead single from Paul's fourth studio album Groove Approved (number 116, January 1990), "I Live by the Groove" just fell short of the top 100 on the ARIA chart, though it peaked at number 90 on the Australian Music Report singles chart.  On the state charts, "I Live by the Groove" performed much stronger in South Australia/Northern Territory and Western Australia, where it peaked at numbers 48 and 57 respectively.  In Paul's native UK, this song failed to chart, though it entered the Billboard Hot 100, peaking at number 31 in December 1989.  We shall see Paul again next year.
Bubbling WAY down under:
Number 166 "Blow the House Down" by Living in a Box
Peak: number 166
Peak date: 13 November 1989
Weeks on chart: 2 weeks
Living in a Box were an act I remember reading about in UK pop magazine Number One, but don't recall hearing any of their music at the time.  "Blow the House Down" was the second of three UK top 10 singles for the group, reaching number 10 in March 1989.  It was the group's final charting single in Australia.
Next week (20 November): Seven new top 150 entries, including the understated arrival of a new hip-hop group, and five bubbling WAY down under debuts.  You can also follow my posts on instagram and facebook.
< Previous week: 6 November 1989                                      Next week: 20 November 1989 >
Posted by Bubbling Down Under at 00:00 No comments:

Two of this week's four new top 150 entries are side projects or one-off collaborations - one is the sole release of the artist's discography, and the other is one of many releases from a group who majorly underperformed on the Australian charts.  Shall we take a look? 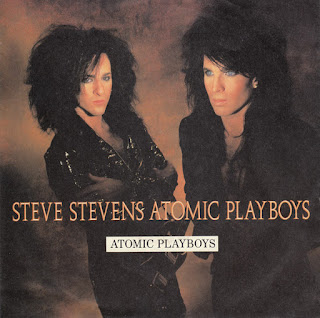