Once again, I struggle to find a connection between this week's new entries, so let's just get on with the recap. 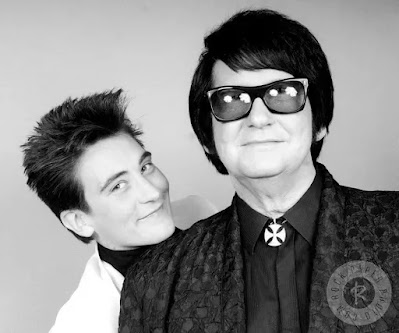 Michelle scored a number 51 'hit' in Australia in February 1989 with "Anchorage", and this was the follow-up release.  Both singles were lifted from her Short Sharp Shocked album, which peaked at number 61 on the ARIA albums chart.  I remember seeing the music video when I first stayed up a little bit late to channel flick between MTV, rage, and Night Shift around 2-3 a.m. as a 10 year-old.  A lyric that stuck with me from the song was "we're gonna have a hundred and twenty babies".  These days, Michelle is probably more known for her homophobic statements than her music.  Michelle will pay us another visit before the year is out.

The only thing I reallly know about Stryper is that they're a Christian (hair?) metal band.  I remember seeing a TV commercial with them in it circa 1987 and laughing at it with my sister.  This is just another typical overblown rock ballad 'metal' bands were churning out in the late 80s.

Probably the only charting release to mention lima beans, I don't have much to say about this release, except that his wikipedia page says it was a top 40 hit - presumably in the US - in 1988 (the Billboard website is a bit crap these days for verifying such claims, and no source has been cited).  I can reliably tell you, however, that this single peaked at number 31 in New Zealand in February 1989.


This single originally bubbled under on the Australian Music Report chart in April 1988, when it was ranked 13th, for one week, on the list of 'singles receiving significant sales reports beyond the top 100'.  With the Big O passing away in December 1988, and being the flavour of the month for much of 1989, the time was obviously ripe for a re-issue of this duet with k.d. lang.  The single would have greater success in late 1992, however, when it was again re-issued and peaked at number 71.


Waterfront hailed from Wales, and despite its low local peak, "Cry" debuted on the Australian chart almost two months before it entered their native UK singles chart, where it peaked at number 17.  Another interesting fact about this one is that it performed better on the US chart (number 10), and also did better across the ditch, where it peaked at number 30 in New Zealand.  On the Australian Music Report chart, "Cry" peaked at number 100 in July 1989.
Number 161 "Born This Way (Let's Dance)" by Cookie Crew
Peak: number 161
Peak date: 3 April 1989
Weeks on chart: 3 weeks


Twenty-two years before Lady Gaga proclaimed that she was "born this way", Cookie Crew declared the same thing, with a 'Let's Dance' subtitle.  Cookie Crew scored a top 40 hit in Australia, teaming up with The Beatmasters, with "Rok Da House" (number 37, June 1988) - a song that the Cookie Crew don't actually like, and refused to perform on Top of the Pops when it became a UK top 10 hit, as they felt it was not representative of their sound.
While "Born This Way..." may have been more indicative of the Crew's typical sound, it didn't perform as well on the charts, either here or in their native UK, where it peaked at number 23.
In between "Rok Da House" and "Born This Way (Let's Dance)", Cookie crew released the single "Females (Get on Up)" in Australia.  While it missed the national chart (before ARIA extended the chart beyond number 100), it registered on two of the state charts in August 1988, peaking at number 94 in New South Wales/Australian Capital Territory, and at number 66 in Western Australia.


Next week (10 April): another five new top 150 entries, including the flop second single from an album that would go on to be certified 6 times platinum in Australia and spend several years on the chart.  Plus, there are three bubbling WAY down under entries.  Don't forget you can also follow my posts on facebook.