When it comes to having an illustrious chart career, timing is everything - and we'll witness that among this week's new entries.  Included among them is an act whose best charting years were well behind them, one who had come back after a lull but was now struggling again, one who might have had more success if their music was out a few years later, and one whose time was yet to come.  Plus we'll also see an already two years-old single and another by an artist whose two hits were four years apart (and this obviously wasn't one of them) in the bubbling WAY down under section. 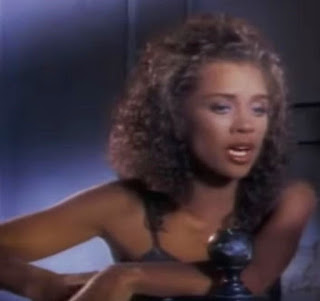 The Style Council charted ten singles on the Australian singles chart between 1983 and 1988, with the biggest of those being "Shout to the Top", peaking at number 4 in early 1985.  They hadn't placed a single in the top 40 though since 1985, when "Boy Who Cried Wolf" peaked at number 38 in September of that year.  A mere three and a half years since then, music styles had changed quite a bit, and The Style Council had updated their sound with this more dance-orientated single - a cover version of a pioneering house track from 1987, by Joe Smooth.  The sound didn't quite connect as well with audiences as The Style's earlier releases, peaking at number 27 in their native UK, and just outside the top 100 down under.  If comments on the video on YouTube are to be believed, the record company were not happy about the band's stylistic change in direction, and did not want them to diversify their sound.  It's a shame, as I think this is quite a good track.


Number 147 "Hit the Ground" by The Darling Buds
Peak: number 147
Peak date: 24 April 1989
Weeks in top 150: 1 week
Weeks on chart: 2 weeks
To my ears, this track is just the kind of jangly indie pop with female vocals that might have dented our top 50 anywhere between 1991 and 1993; but alas, "Hit the Ground" was perhaps a bit too 'alternative' for Australian tastes in 1989.  It was also, oddly, the Welsh band's only charting single in Australia, and also their biggest hit in the UK, where it peaked at number 27 in January 1989.

Speaking of sounds that Australia wasn't quite ready for, Vanessa Williams made her understated debut on the Australian chart with "Dreamin'" this week in 1989.  At this point, she was mainly known for being crowned Miss America 1984 - a title she had to relinquish a year later after it was revealed that Penthouse magazine would be publishing nudes of her.  Oo-er.  Vanessa would, of course, go on to score a number one hit down under in 1992, but for now she would have to settle for merely bubbling under - something she would do again later in the year, and again in 1991, before scoring that breakthrough hit.  She literally did save the best for last!

This single was released at the end of 1986 in America, and in early 1987 in the UK, where it peaked at number 63 in January of that year.  Quite why it took another two plus years to get released in Australia, I don't know.  Perhaps the record label thought now was the right time, given that some rap songs were finally crossing over into the mainstream?  I caught this one once on Channel 7's Saturday morning music video program of the time, Saturday Morning Live, and recorded it onto my first VHS of music videos recorded from the TV.  I liked that the song sampled TV commercials, and that the video was made up of old commercials from (I assume) the 1950s and 1960s.

Number 162 "Everybody Moves" by Died Pretty
Peak: number 154
Peak date: 19 June 1989
Weeks on chart: 3 weeks
Australian band Died Pretty formed in Sydney in 1983.  Their fist taste of ARIA chart 'success' came in 1988, when their second studio album Lost registered a place on the South Australia/Northern Territory (number 86, July 1988) and Western Australia (number 100, July 1988) state albums charts.  Lost missed the national chart, however, as it ended at number 100 at that point in time.  The band's 1986 debut album Free Dirt belatedly peaked at number 185 in August 1992.
"Everybody Moves" was a non-album single, released in mid-March 1989.  On the state charts, "Everybody Moves" performed strongest in Queensland, where it reached number 121.
We will next see Died Pretty in 1990.
Number 176 "Somebody Like You" by Robbie Nevil
Peak: number 176
Peak date: 24 April 1989
Weeks on chart: 1 week
Robbie scored a number 4 hit down under in March 1987 with "C'est La Vie".  It looked, at this point, that he was going to be a one-hit wonder, with nothing else he released peaking higher than number 38.  That, of course, would all change in 1991, when "Just Like You" matched the peak of "C'est La Vie", though he would never again score a major hit after that.  Listening to this for the first time, it's not bad, but is missing that extra something his hit singles had.
"Somebody Like You" was the second single lifted from Robbie's second album A Place Like This (number 154, May 1989).  It followed "Back on Holiday", which was released in Australia in December 1988 but failed to chart.

Next week (1 May): a whopping seven new entries - among them is the flop fourth single from a number one album from 1988, and the chart arrival of a native Australian group.  You can also follow my posts on facebook.