Sometimes, a big name in popular music releases a flop, while an act who've yet to register a top 100 hit already has a following and some name recognition.  We see both kinds of acts appearing in the list of new entries peaking outside the top 100 this week in 1989.  Also, all but one of this week's seven new entries is by an Australian act. 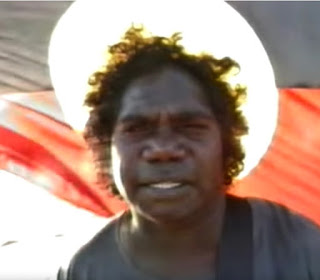 Number 134 "I Don't Wanna Go To Work"  by The Happening Thang
Peak: number 134
Peak date: 1 May 1989
Weeks in top 150: 1 week
Before checking, I could just tell - from the video still and the way this track sounds - that The Happening Thang were an Australian act.  Their discogs page reveals that the group were nominated for an ARIA Award - ah, back in the days when acts like this you'd never heard of would get nominated, but less 'credible' pop acts like Kylie Minogue would continually get snubbed.  I can't say I'm a fan of this track, if you hadn't already guessed...

As big as John Farnham was in Australia in the mid-late 1980s, one thing I find surprising when looking at his chart history is how the third and fourth singles from Whispering Jack and Age of Reason didn't fare so well on our chart.  Third Whispering Jack single, "A Touch of Paradise", didn't do too badly on the chart (peaking at number 24), but fourth single "Reasons" bombed at number 60.  Given how frequently radio was plugging these songs, you could be forgiven for thinking they were both top 10 hits; I guess people were buying the album instead.  Third Age of Reason single, "Beyond the Call", barely scraped the top 40, and fourth single, "We're No Angels", missed the top 100 altogether.  The success of "We're No Angels" may well have been hindered by the lack of a music video; something shared with fourth Whispering Jack single "Reasons".  I often wonder why record companies didn't invest in videos for every single release during the 1980s - especially for an artist of John Farnham's stature.  The 80s were, after all, the golden era of the music video!  If "We're No Angels" had taken off, surely they would have made a video for it.  I don't think I was aware this track was a single until I saw it in Brashs, so lack of promotion was probably another factor that led to its floppage.  I didn't know this until now, but "We're No Angels" was a cover version of a Mondo Rock song.

Number 139 "Maybe Midnight" by Rose Bygrave
Peak: number 139
Peak date: 1 May 1989
Weeks in top 150: 6 weeks
Rose Bygrave, aka Roslyn Bygrave, was the female voice in Goanna, they of "Solid Rock" fame.  Unfortunately, I can't tell you anything about this release - as I don't know the song, and can't find a video of it uploaded anywhere online.  The single is not currently even listed on discogs...  But I did manage to find a (generic sleeve) copy of the 7" single on eBay:
December 2020 update: Finally, some kind soul has uploaded the audio for this track, which can now be viewed on the embedded video below:

Number 140 "Drive My Car" by David Crosby
Peak: number 137
Peak dates: 8 May 1989 and 15 May 1989
Weeks in top 150: 4 weeks
Hot on the heels of Crosby, Stills, Nash and Young's number 53 'hit' "American Dream" from January, David Crosby struck out on his own for this track... which, while I wouldn't say I liked, I enjoyed more than I expected to.  It turns out that this was David's first - and only, unless I can uncover later below the top 100-peaking singles of his - solo hit on the Australian singles chart.  Believe it or not, David will be joining us again next week, with another group effort.


Number 146 "Calm and Crystal Clear" by Neil Murray
Peak: number 107
Peak date: 3 July 1989
Weeks in top 150: 12 weeks
Another track I enjoyed more than I expected to (I'm a sucker for a minor chord progression!) is this one, from Neil Murray, who was a founding member of the predominantly Indigenous Australian act, Warumpi Band.  "Calm and Crystal Clear" peaked significantly higher on the Australian Music Report chart, at number 61.  The album this track is lifted from, also titled Calm and Crystal Clear, narrowly missed the ARIA top 100, peaking at number 106 in June 1989.  Neil unfortunately did not enjoy any top 100 ARIA chart success.

Number 147 "Mainstream" by Yothu Yindi
Peak: number 115
Peak date: 15 May 1989
Weeks in top 150: 9 weeks
Speaking of Indigenous Australian bands, Yothu Yindi scored their first chart entry with "Mainstream" this week in 1989.  They would have to wait another two years before actually hitting the 'mainstream', with the Filthy Lucre Remix of "Treaty".  I think I first became aware of Yothu Yindi when they were mentioned (and a snippet of them performing was shown) during a TV commercial for some kind of (possibly Australian music month) event in 1990.  I was definitely aware of their existence before "Treaty" broke.

Number 148 "What Really Hurts" by The Zimmermen
Peak: number 148
Peak date: 1 May 1989
Weeks in top 150: 1 week
Unfortunately, this is another (Australian, of course) act I can't find a video of the song for online... and I don't know the song, so can't tell you anything about it.  I did, however, find a 2016 article mentioning that it was one of the tracks included on a compilation of Aussie pub rock tracks that had never before been available on CD.  I was also able to find a copy of the single sleeve: 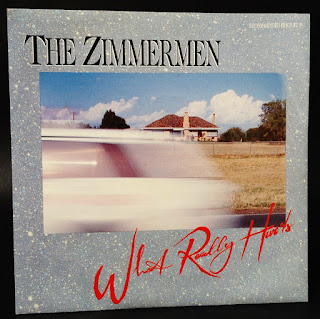 Next week (8 May): Five new top 150 entries and one bubbling WAY down under debut, all with male vocals.  You can also follow my posts on facebook.