One thing all of this week in 1991's new entries outside the top 100 have in common is that I did not hear any of them at the time.  Perhaps they are new for you, too?  Let's take a look (or listen) together. 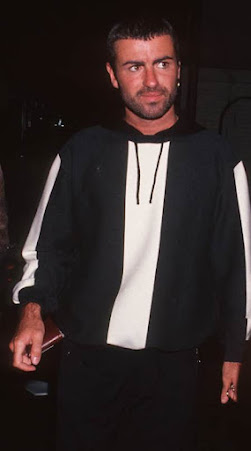 George Michael attracted few listeners without prejudice for this single in 1991.
Top 150 debuts:
Number 131 "Only Time Will Tell" by Nelson
Peak: number 124
Peak date: 14 October 1991
Weeks in top 150: 6 weeks
Weeks on chart: 6 weeks
We last saw the Nelson twins in August 1991.  "Only Time Will Tell" was the fourth and final single lifted from the band's debut album After the Rain (number 100, October 1990).
Internationally, "Only Time Will Tell" peaked at number 28 on the US Billboard Hot 100 in August 1991.  Wikipedia says it peaked at number 81 in Canada, but no supporting reference has been cited.
Locally, "Only Time Will Tell" performed strongest in Queensland, where it reached number 99.
While I quite enjoyed Nelson's previous single, this one I find a bit lacking.
Nelson will join us for one last time in 1995.