I have no amazing insight into what connects this week in 1991's debuts peaking outside the top 100, so let's just dive straight in.  But before we do, I have updated last week's 1991 post with the following: 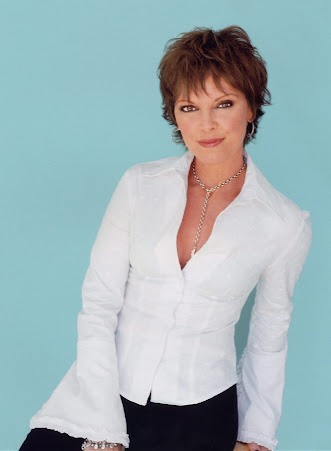 Pat Benatar: she used to be somebody's rock chick.
Top 150 debuts:
Number 121 "True Love" by Pat Benatar
Peak: number 107
Peak date: 17 June 1991
Weeks in top 150: 4 weeks
Weeks on chart: 5 weeks
American singer Pat Benatar placed fourteen singles on the Australian chart during the 1980s, with three of those making the top ten.  Of these, "Love Is a Battlefield" (number 1, February 1984) was the biggest, with "All Fired Up" (number 2, September 1988) coming a close second.  We last saw Pat in April 1989.
"True Love" was the title track and only single issued in Australia from Pat's eighth studio album True Love (number 53, June 1991).  Known for her powerful rock voice, "True Love" was a radical departure from Pat's usual sound, dipping her toe into the jump blues genre.  Pat also had a make-over, displaying a softer image than typical for her (an evening dress!) in the music video.
"True Love" was only a hit in the Netherlands, where it reached number 21 in June 1991.  I cannot find evidence of this single registering on any other chart outside of Australia.
I hadn't heard "True Love" until writing this post, and was not aware of this album's existence at the time.  Pat seemed to disappear off the radar after "All Fired Up", with that song being her last major hit anywhere.  I have written before - and I am by no means the only person to make this observation - that a lot of artists associated with the 1980s fell on commercial hard times once the 1990s clocked over.
Within Australia, "True Love" performed strongest on the South Australia/Northern Territory state chart, where it reached number 77.
Pat would only land one further charting single in Australia, with "Somebody's Baby" (number 90, September 1993) in 1993.  That song deserved to do much better, and was as good as any of Pat's 80s hits in my view, but I guess Pat's time as an artist with hit singles was well and truly over by that point.
Pat placed a number of later albums on the ARIA albums chart - although all of them missed the top 100.  Her 1987 compilation Best Shots (number 19, February 1988) re-entered the chart in February 1992, reaching number 155.  Pat's next studio album Gravity's Rainbow peaked at number 130 in September 1993, Greatest Hits reached number 345 in January 2006, and 2 Classic Albums - Best Shots/Wide Awake in Dreamland peaked at number 344 in August 2011.
Number 135 "Falling" by One-Eyed Jacks
Peak: number 135
Peak date: 10 June 1991
Weeks in top 150: 2 weeks
I didn't watch Twin Peaks when it aired in Australia in early 1991, but you couldn't escape it.  Even my great uncle used to repeat the "she's wrapped in plastic!" line from the TV ads promoting the series.  Then, Julee Cruise's "Falling" topped the ARIA singles chart in April 1991.
It seemed obligatory for any big ballad hit in the 90s to have a cheap dance cover version recorded somewhere in continental Europe, featuring a singer whose primary language was probably not English, and here is the one for "Falling".
You can almost check the items off a list.  Cheap music video - check.  Woman with 'model' looks who may or may not be the actual singer (although surely they would have selected a better vocalist if she is only lip syncing) - check.  Sample from a recent dance/pop hit to give it a contemporary sound - check (in this instance, it's George Michael's "Freedom! '90").
Despite having said all of the above, I don't actually mind this version of "Falling".  I had not heard it before.
Danish DJ Kjeld Tolstrup was behind One-Eyed Jacks.  This track was their only release.  Oddly, I cannot find evidence of the single charting anywhere else.  Kjeld died in 2011, aged 45.
Number 146 "Keep It to Yourself" by Paul Kelly and The Messengers
Peak: number 146
Peak date: 10 June 1991
Weeks in top 150: 1 week
Weeks on chart: 4 weeks
We last saw Australian singer-songwriter Paul Kelly, with his then backing band The Messengers, in March 1991.  Here he is again, his fourth appearance in the 101-150 region of the ARIA singles chart in the space of twenty months.  While Paul might have snagged airplay and critical acclaim, commercial success usually eluded him on the Australian singles chart.
"Keep It to Yourself" was the second single lifted from the album Comedy (number 12, May 1991).  The single was most popular in Western Australia, where it reached number 121.
We shall next see Paul Kelly and The Messengers in October 1991.
Bubbling WAY down under:
Number 176 "What Is This Thing Called Love?" by Alexander O'Neal
Peak: number 176
Peak date: 10 June 1991
Weeks on chart: 1 week
American singer Alexander O'Neal last joined us in March 1991.  "What Is This Thing Called Love?" was the second and final single released in Australia from Alex's All True Man (number 108, April 1991) album.
Internationally, "What Is This Thing Called Love?" peaked at number 53 in the UK in March 1991, and number 81 in the Netherlands in April 1991.
Within Australia, "What Is This Thing Called Love?" performed strongest on the New South Wales/Australian Capital Territory state chart, where it reached number 160.
I hadn't heard this one before, but enjoyed it.  I think with a greater promotional push, Alex could have landed some commercial success in Australia during the late 1980s and early 1990s.
Alex will pay us another visit in 1997.  Before then, he placed another two albums on the ARIA albums chart: the compilation This Thing Called Love (number 214, July 1992), which took its name from this song despite it not being one of Alex's bigger hits, and Alex's next studio album Love Makes No Sense (number 192, April 1993), from which no singles charted in Australia.

Number 184 "Stop Myself"/"Godbless" by Died Pretty
Peak: number 163
Peak date: 5 August 1991
Weeks on chart: 6 weeks
Oh joy.  A double A-side single (which means I have to listen to two tracks) from a band I don't really care for: Australia's Died Pretty.  Alright, after listening to both tracks, they are not that bad; they're just not something I would intentionally seek out.  "Stop Myself" is my pick of the two.
We last saw Died Pretty in March 1990.  "Stop Myself" and "Godbless" were both lifted from the band's fourth studio album Doughboy Hollow (number 24, September 1991).  The single was most successful in Western Australia, where it reached number 126.
We will next see Died Pretty in September 1991.
Number 187 "Ruby Tuesday" (live) by The Rolling Stones
Peak: number 157
Peak date: 17 June 1991
Weeks on chart: 2 weeks
If I'm being brutally honest, I find it difficult to think of The Rolling Stones without thinking of how much Mick Jagger resembles The Joker from Batman, in my mind.  Why has he never played the role?!  OK, that aside and onto their music, we last saw British rock fossils The Rolling Stones in April 1990.
This live rendition of The Stones' 1967 song, recorded in Japan in 1990, appeared on their Flashpoint (number 12, April 1991) album.  It followed the single "Highwire" (number 54, April 1991), which was one of two new studio recordings included on the otherwise live album.
Internationally, this release of "Ruby Tuesday" peaked at number 59 in the UK in June 1991, number 34 in the Netherlands in July 1991, and number 27 in Switzerland in July 1991.  The original 1967 studio version of "Ruby Tuesday" peaked at number 1 in the US in March 1967, and number 6 in Ireland.
Domestically, this live version of "Ruby Tuesday" peaked highest on the Victoria/Tasmania state chart, where it reached number 141.
We shall next see The Rolling Stones in July 1991.
Number 190 "Sing Your Life" by Morrissey
Peak: number 190
Peak date: 10 June 1991
Weeks on chart: 1 week
English singer-songwriter Steven Morrissey last joined us in March 1991.  "Sing Your Life" was the second single lifted from Moz's second solo studio album Kill Uncle (number 45, March 1991).  With this track, Morrissey makes his fifth appearance in the 101-150 region of the ARIA singles chart, in the space of just under two years.
"Sing Your Life" found greater success in Moz's native UK, where it peaked at number 33 in April 1991, although it was his lowest-peaking solo single there to date.  "Sing Your Life" did even better in Ireland, where it reached number 21 in April 1991.
Within Australia, "Sing Your Life" was most popular in Western Australia, where it reached number 156.
While I enjoy some singles by Morrissey and The Smiths, I am only a casual fan at best, and I hadn't actually heard this one before.  I liked it and would listen to it again.
One thing I have in common with Morrissey, which I didn't realise until now (the age when he started), is that we have both been vegetarians since age 11!  Well, kind of, for me, since I still ate chicken (I never cared for fish) until I was 15... and then once had a little bit of chicken fillet 'to be polite' at my grandparents' when I was 16.  Not eating meat for me is primarily a taste/texture issue - I find the taste and texture revolting.
Morrissey will next join us in November 1991.
Next week (17 June): A whopping nine new top 150 debuts and two bubbling WAY down under entries.
< Previous week: 3 June 1991                                                    Next week: 17 June 1991 >
Posted by Bubbling Down Under at 00:00