I can't identify any clever theme running through this week in 1991's ARIA chart debuts outside the top 100.
Before we dive in, on a sad note, I received news that a regular reader of my blog, Craig MacGregor, passed away this week, following a long illness.  When I started writing these chart recaps, I never imagined that I would end up having several long phone conversations with one of its readers, but that's what happened with Craig and I.  We both shared a keen interest in the ARIA charts and flop music of yesteryear, among other commonalities.  I had planned to meet Craig when he returned to Australia from New Zealand for a period in May 2021, but COVID and border closures put an end to that.
While Craig was preparing to die, he sent me his copy of Joel Whitburn's Billboard Hot 100 Charts - The Eighties book, a New Zealand chart book, and some printed ARIA top 50 charts from the 1990s with Queensland, Western Australia and South Australia/Northern Territory state charts on the reverse that I did not have (I am in Victoria), as he wanted these to go to someone who might use them.  RIP Craig (or 'kool beanz', as he might have said). 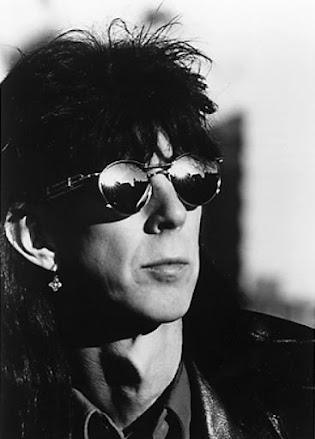 Ric Ocasek rocked away from the ARIA top 100 this week in 1991.
Top 150 debuts:
Number 108 "You Can Swing It" by Sheena Easton
Peak: number 107
Peak date: 5 August 1991
Weeks in top 150: 4 weeks
Weeks on chart: 5 weeks
Scottish singer Sheena Easton burst onto the Australian chart in 1981 with "9 to 5 (Morning Train)" (number 1, April 1981), which was re-named so as to avoid confusion with Dolly Parton's "9 to 5" (number 9, April 1981) from around the same time.
Between 1981 and 1991, Sheena amassed 10 Australian top 100 singles, with "For Your Eyes Only" (number 6, February 1982) and "What Comes Naturally" (number 4, June 1991) also reaching the top 10.  We saw Sheena bubble under with Prince in December 1989.
"You Can Swing It" was the second single lifted from Sheena's tenth studio album What Comes Naturally (number 38, July 1991).  Internationally, "You Can Swing It" peaked at number 54 in the Netherlands in August 1991.
Within Australia, "You Can Swing It" was most successful in Victoria/Tasmania, where it reached number 84.
A third single from What Comes Naturally, "To Anyone", was released in Australia in September 1991, but failed to chart.
Sheena would land one more charting single in Australia, with her version of The Three Degrees' "Giving Up, Giving In" - minus the comma in the title - which peaked at number 78 in January 2001.
Sheena had greater, albeit modest, success on the ARIA albums charts in the ensuring years, with No Strings (number 160, September 1993), Fabulous (number 95, March 2001), The Best of Sheena Easton (number 596, November 2008) and Original Album Series (number 1060, February 2015) all charting.
I don't recall hearing "You Can Swing It" before.  My take is that it was a bit too American-sounding to be a large hit in Australia in 1991.  "What Comes Naturally" was American-sounding too, but had a Prince-esque pop sensibility that "You Can Swing It" lacks.
While "You Can Swing It" was Sheena's last single to peak outside the top 100 in Australia, she will appear on a 1982 post coming up in October.
Number 118 "This Is the Way to Heaven" by Mark Stevens
Peak: number 118
Peak date: 29 July 1991
Weeks in top 150: 9 weeks
In the week in which the 37 year-old Australian soap opera stalwart Neighbours is ending, it is fitting that we have a debut from an actor who played the role of Nick Page on the show.  Mark joined the cast of Neighbours in July 1988, which was after I - and probably a good chunk of the Australian audience - stopped watching it, opting instead for Home and Away.  That being said, Mark looks familiar to me - he was probably a pin-up in Smash Hits magazine a few times when I was a reader.  Prior to Neighbours, Mark was on Young Talent Time for three years; but, again, it was after I stopped watching it.
In the tradition of Kylie Minogue and all who've come after her, Mark was yet another soap-actor-turned-popstar hopeful.  But how did it pan out for him?  Not too well, going by the number 118 peak of this single, which would be Mark's only release to make the ARIA top 150.  Nonetheless, this single spent a respectable 9 weeks in the top 150.
I hadn't heard this one before.  It doesn't stand out as anything special to me, despite being written and produced by Nik Kershaw, whom we saw writing for another artist earlier in 1991.
Mark's Wikipedia biography is a bit of a depressing read.  He became addicted to drugs in the 1990s and, after overcoming the addiction, became a born-again Christian who is now affiliated with the lucrative Hillsong church.
Number 125 "Kozmik" by Ziggy Marley and The Melody Makers
Peak: number 105
Peak date: 12 August 1991
Weeks in top 150: 6 weeks
David Nesta Marley, better known as Ziggy, is the son of reggae legend Bob Marley and his wife Rita Marley.  Ziggy, together with his band The Melody Makers, placed two singles on the ARIA top 100 in the late 1980s, with "Tomorrow People" (number 36, June 1988) being their biggest hit in Australia.  The group landed a second top 100 'hit' in 1989 with "Look Who's Dancing" (number 69, October 1989), and two albums Conscious Party (number 34, July 1988) and One Bright Day (number 68, October 1989) made the top 100.  A mini-album Look Who's Dancing (number 111, June 1990) also registered on the albums chart.
"Kozmik" was the lead single in Australia from Ziggy Marley and The Melody Makers' fifth studio album Jahmekya (number 111, August 1991).  Internationally, "Kozmik" peaked at number 11 in the Netherlands in July 1991, and number 44 in the Flanders region of Belgium in August 1991.
I don't recall hearing this one at the time, but the music video was on a tape I digitised about a decade ago.
We will next see Ziggy Marley and The Melody Makers in 1995.
Number 133 "Sexdrive" by The Rolling Stones
Peak: number 133
Peak dates: 29 July 1991 and 12 August 1991
Weeks in top 150: 6 weeks
Weeks on chart: 6 weeks
We last saw rock fossils The Rolling Stones in June 1991.  "Sexdrive" was the third single, and one of only two studio recordings on the otherwise live album Flashpoint (number 12, April 1991).  Curiously, "Sexdrive" was not issued as a single in the band's native UK.
Internationally, "Sexdrive" peaked at number 31 in Sweden in September 1991, and number 24 in the Netherlands during the same month.
Within Australia, "Sexdrive" performed strongest in Queensland, where it reached number 101.
We shall next see The Rolling Stones in 2002 - assuming I am still writing these chart recaps in 2033.