Although I can't identify a thread linking all nine of the songs I write about this week, I can tell you that four of them are by Australian artists, which is something.   Er, let's take a look at them. 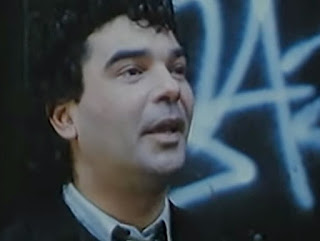 Gipsy Kings: Gracias por la música
Debuts:
Number 117 "Careless" by Paul Kelly and The Messengers
Peak: number 116
Peak date: 20 November 1989
Weeks in top 150: 7 weeks
Weeks on chart: 10 weeks
Paul Kelly and The Messengers, who we formerly The Coloured Girls, were a favourite on FM radio playlists in Australia throughout the mid-late 80s.  So it comes as a bit of a surprise that - two notable hits aside, "Before Too Long" (number 15, September 1986) and "To Her Door" (number 14, December 1987) - this did not translate into much chart success.  In fact, Paul has only ever notched up 7 top 40 singles in Australia, including with The Dots, The Coloured Girls, and solo.  To add insult to injury, all but the aforementioned two and "Darling It Hurts" (number 25, November 1986) peaked between numbers 36 and 40.  Paul's tenure with The Messengers (who were really just The Coloured Girls re-branded with a more palatable name for the US market) produced precisely zero top 50 hits.  The biggest hit Paul scored with The Messengers was "Sweet Guy" (number 53, August 1989).  But did any of this really matter when your albums still did OK?  Probably not a whole lot.
"Careless" was the second single lifted from So Much Water So Close to Home (number 10, August 1989).  This release would start a trend of Paul Kelly singles peaking outside the top 100, although his 1988 single with The Coloured Girls, "Don't Stand So Close to the Window" also missed the top 100.  I am unable to give you a chart position for that one, as it is from the period where the ARIA chart stopped at number 100.  "Careless" fared better on the Australian Music Report singles chart, where it peaked at number 92.
"Careless" peaked within the top 100 on four of the five ARIA state charts, only falling short in Victoria/Tasmania.  The single performed strongest in Queensland, reaching number 75.
Paul will visit us on numerous occasions over the coming years - the next time being in August 1990.
Number 119 "Picture" by Janz
Peak: number 119
Peak date: 30 October 1989
Weeks in top 150: 6 weeks
I really wasn't expecting to find a video (even though it's just the audio) for this track on YouTube, given that one hasn't been uploaded for Janz's sole top 100 'hit', "Crime" (number 70, May 1989) as I write this... but I was pleasantly surprised to see that one exists!  I remember seeing the music video for "Crime" a few times on TV, but not this one.
Janz were an Australian band hailing from Melbourne, fronted by David Janz (real name David Fernandez).  Going by a comment posted on YouTube by a band member, the group disintegrated shortly after the release of this single.