One thing you can say about this week's bunch of new entries is that they're a diverse lot.  Among them we have a rockabilly Elvis cover version, a song with twinges of country music, an Andrew Lloyd Webber number, and a groundbreaking release that is one of the first pop singles to feature guest rappers!  One thing each of this week's top 150 debuts have in common is that they all performed better on the rival Australian Music Report chart, reaching the top 100.  Let's take a look... 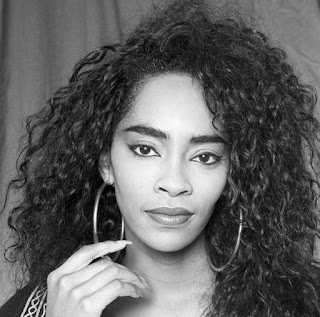 Jody Watley: Having a little help from her 'friends' couldn't help Jody score a hit Down Under.

Sounding rather unlike front man Scott Carne's previous group Kids in the Kitchen, Priscilla's Nightmare, as you might have guessed from the name, were an Elvis tribute band.  Also in the group was musician Chris Wilson, who passed away in January 2019.  The rockabilly "She Ain't No Woman" was the first and only single released by group, taken from their Priscilla's Nightmare mini-album, which peaked at number 73 on the albums chart in August 1989.  Despite the relative lack of success, a recent digital release of the mini-album spawned an online music news article.  "She Ain't No Woman" had its greatest success on the Victoria & Tasmania state chart, where it peaked at number 83.  The single also performed better on the Australian Music Report singles chart, where it peaked at number 94.  Scott would try his hand at a solo career in 1990, and we will see him bubble under again in 1991.

American Lucinda Williams had been releasing music since 1979, but this was her first foray onto the Australian singles chart.  Peaking higher (number 100) on the Australian Music Report singles chart, "I Just Wanted to See You So Bad" performed much stronger on the South Australia & Northern Territory state chart, where it peaked at number 46.  The track's parent album Lucinda Williams spent 32 weeks on the ARIA albums chart, despite its peak of number 117.  Lucinda will join us again in October.

Not a cover of the similarly-titled 1988 Climie Fisher hit, "Love Changes Everything" was instead an Andrew Lloyd Webber composition, taken from the musical Aspects of Love.  This was yet another single that performed better on the Australian Music Report singles chart, where it peaked at number 88.  The single also peaked at number 2 in the UK in February 1989.

And here we are, folks - one of the first 'pop' hits (well, it reached number 9 in the US) to feature guest rap artists: namely, Eric B. & Rakim; and one of the first music videos to incorporate vogueing - almost a year before Madonna's "Vogue".  Jody scored a number 13 hit in Australia in 1987 with "Looking for a New Love", but, unfortunately, never again troubled the top 50.  "Friends" was the second single lifted from Jody's Larger Than Life LP, which peaked at number 96 in Australia in May 1989.  I'm not sure why the excellent singles from Jody's second album (or most of those from her first, for that matter) didn't connect with the Australian record-buying public; it seemed to me that both "Friends" and previous single "Real Love" (number 78 in May 1989) received a fair amount of exposure on radio and TV.  Plus, who can't relate to the lyrics of this song?  "Have you ever been stabbed in the back by someone you thought was really cool?" and "when you need them most, where are your friends?"  Preach it, sistah!  One small consolation is that "Friends" performed better on the Australian Music Report singles chart, where it peaked at number 80.  If you like this track, it's also worth checking out the longer video for the extended version of "Friends".  We will see Jody again in 1990.

Number 149 "Love Made Me" by Vixen
Peak: number 149
Peak date: 14 August 1993
Weeks in top 150: 1 week
Weeks on chart: 1 week
Vixen bubbled down under back in March, and returned to the top 150 with this follow-up, the third single released from their Vixen album (number 102, May 1989).  Oddly, this didn't chart in the band's native US.  It did, however, chart in the UK, where it peaked at number 36 in June 1989.  I wasn't expecting to like this track, given I am generally not a huge 'metal' fan, but I think it's actually quite pleasant.  This would be Vixen's last single to chart in Australia, but they had another charting album, Rev It Up, which peaked at number 142 in November 1990.

Brother Beyond released four singles (two in Australia) between late 1986 and early 1988, one of which was the original release of "Can You Keep a Secret?"  None of these singles peaked higher than number 56 in the band's native UK, and neither single released in Australia ("How Many Times" and "Chain-Gang Smile" - my favourite) charted.  Although this single was produced by PWL B-team Harding/Curnow, the group did not work directly with Stock Aitken Waterman until their record label won a charity auction for their services, to produce two singles, in 1988.  Their SAW-produced singles "The Harder I Try" (number 78 in Australia, May 1989) and "He Ain't No Competition" (number 53 in Australia, July 1989) fared much better on the charts, both reaching the top 10 in the UK.  Parent album Get Even was subsequently re-released with the new SAW tracks on it, and peaked at number 89 on the ARIA albums chart in July 1989.  Australia skipped "Be My Twin" and went with the 1989 remix of "Can You Keep a Secret?" (with new video to boot), which peaked at number 22 in the UK in April 1989, as the next single.  This would be Brother Beyond's final entry on the Australian chart, although the group's second album Trust, and three singles from it (my favourite of which is "Drive On"), were released locally.

Another UK group struggling to replicate their homeland success Down Under was Swing Out Sister.  We saw the group a mere seven weeks ago, with the lead single from their second album Kaleidoscope World (number 106, July 1989) stalling outside the top 100.  "Where in the World?" fared even worse, peaking at number 168 locally, and number 47 in the UK.  But all was not quite over for the group on the Australian singles chart - they will visit us again twice more, the next time being in early 1993.


Next week (21 August): Another four new top 150 entries, and three bubbling WAY down under entries.  Among them is a surprise flop from a rap group who had much less success on the Australian charts than you might expect.  You can also follow my posts on facebook.