If I'm being perfectly honest, I'm not too enamoured with any of this week's new entries, but think one, maybe two of them are OK (can you guess which ones from reading my comments below?).  But hey, I don't get to choose what the Australian record buying public like, so 'who am I to disagree'?  Let's take a look at what was bubbling down under this week in 1989... 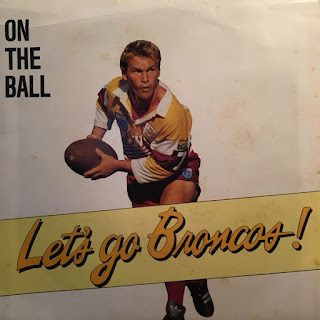 Since 1979, Joe Jackson (not Michael's dad) placed 11 singles in the top 100 in Australia, with the biggest of those being his 1982 hit "Real Men" (number 6), which oddly flopped at number 89 in his native UK.  Joe's third charting single down under in 1989, "Down to London" was actually only the second release from his current album Blaze of Glory, as "(He's a) Shape in a Drape" (number 95, February 1989) was from the Tucker soundtrack, for which he performed the music.  Interestingly, neither of these tracks nor previous single "Nineteen Forever" (number 80, June 1989) charted in the UK, and "Down to London" did not chart in any other country, as far as I can ascertain.  Despite this floppage, at the time of writing, the "Down to London" video embedded below has received almost a quarter of a million views in 6 years, which isn't too bad at all for a 30+ year-old song that was never a 'hit'.  Joe will visit us again in 1991.

The Seeekers are best known - at least from my perspective as someone who wasn't yet born when they were 'big' - for their 1966 number 1 hit, "Georgy Girl", when Judith Durham was on lead vocals.  At this point in time, Julie Anthony was fronting the group.  The last substantial hit The Seekers had in Australia was 1975's "Sparrow Song" (number 7), with yet another lead vocalist, Louisa Wisseling.  Their most-recent singles chart entry, "Building Bridges", peaked at number 68 in May 1989.  Both that and this track were taken from the band's Live On album, which peaked at number 26.

I have absolutely zero interest in sport.  I would literally rather watch paint dry than watch a game of football, rugby or whatever sport this is called, played in Queensland.  So you can imagine my enthusiasm when a sporting theme reaches the charts... Thankfully, it didn't happen often.  I can only assume that this single sold much better in Queensland than in any other state, if it was even for sale outside of Queensland.  Curiously, "Let's Go Broncos" peaked much higher on the Australian Music Report chart, at number 78.  I can only assume that they surveyed a wider variety of retail outlets in Queensland than ARIA, or weighted Queensland more heavily.

I don't know what to say about this track other than it's really not my my kind of music.  Exploding White Mice hailed from Adelaide, and would go on to score a number 96 'hit' locally in July 1990 with "I Just Want My Fun".


Bubbling WAY down under:
Number 153 "Are You My Baby?" by Wendy & Lisa
Peak: number 153
Peak date: 31 July 1989
Weeks on chart: 1 week
Formerly members of Prince's one-time backing band The Revolution, Wendy Melvoin and Lisa Coleman struck out on their own in 1987.  "Are You My Baby?" was the lead single from the duo's second album Fruit at the Bottom, which did not chart in Australia.  The single was the pair's first charting release in Australia.
"Are You My Baby?" fared better internationally, reaching the top 20 in the Netherlands and Belgium, and peaking at number 70 in the UK in February 1989.
On the ARIA state charts, "Are You My Baby?" performed strongest in Western Australia, where it reached number 97.
We will see Wendy & Lisa again in 1990.
Number 160 "Atomic City" by Holly Johnson
Peak: number 160
Peak date: 31 July 1989
Weeks on chart: 1 week

The third single lifted from his debut solo album Blast, "Atomic City" did not perform nearly as well as the two prior singles, "Love Train" (number 35, March 1989) and "Americanos" (number 77, June 1989), in Australia.  It also peaked 14 places lower than the number 4 peaks for the two prior singles in the UK.  To my ears, "Atomic City" sounds rather like James Brown's "Living in America", production-wise, but not as good.  Unsurprisingly, both tracks were produced by Dan Hartman, who also co-wrote this, I just learned.  "Atomic City" had greater success in Ireland, where it peaked at number 9, and in Switzerland, where it peaked at number 10.  A fourth single, "Heaven's Here", was lifted from Blast, but was not released locally - presumably due to its low (number 62) UK peak and the lack of chart success "Atomic City" had here.  We will see Holly again in 1991.


Number 162 "Voice of Babylon" by The Outfield
Peak: number 162
Peak date: 31 July 1989
Weeks on chart: 1 week
English band The Outfield formed in 1984, but had not, until now, landed a single on the Australian chart, other than bubbling under in May 1986, on the Kent Music Report's list of singles receiving significant sales reports beyond the top 100, with "Your Love".
"Voice of Babylon" was the lead single from The Outfield's third studio album Voices of Babylon (number 145, July 1989).  Both the album and single were the band's only releases to chart in Australia.
"Voice of Babylon" had greater success internationally, reaching number 25 in the US, number 39 in Canada in June 1989, and number 57 in Germany in July 1989.  Interestingly, the band never scored a hit in their homeland, and "Voices of Babylon" was their biggest 'hit' in the UK, despite only peaking at number 78 in May 1989.

Next week (7 August): A mere three new top 150 entries, and two bubbling WAY down under under entries.  Among them, we have two veteran acts, and a remix of a 1983 track that didn't become a hit in Australia until 1985.  You can follow my posts on facebook, too.

Posted by Bubbling Down Under at 00:00