You have to admire the faith Australian record companies had in the late 1980s.  Despite numerous flops, the labels down under still (usually) gave flopping artists chance after chance, releasing their product here despite the unlikeliness of it becoming a hit.  But hey, without that blind faith, this blog probably wouldn't exist.  Among this week's new entries, we have an act who would have seven singles released in Australia in between their 1989 and 1991 hits, despite none of these in-between releases peaking higher than number 52; an artist who never peaked higher than number 45 on the singles chart; and a new artist who couldn't even score a top 50 hit in his own country.  Let's take a look at this week's new entries: 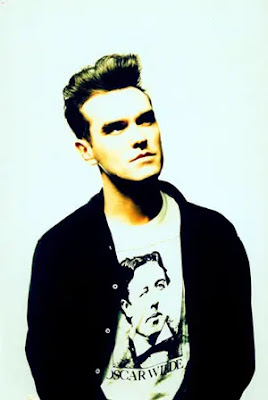 The fourth and final single from their UB40 album, "I Would Do For You" was the lowest-peaking of the lot in Australia, missing the top 100.  It fared better in the UK, where it peaked at number 45 in June 1989.  The group would release no fewer than seven consecutive flop singles in Australia, in between their hits "Where Did I Go Wrong" and the 1991 re-issue of "Here I Am (Come and Take Me)", following its belated US chart success.  None of the group's in-between releases peaked higher than number 52 on our chart.  UB40 will join us twice more in 1990.

Since 1978, Elvis Costello, together with his former band The Attractions, had placed five singles in the Australian top 40; the biggest of those being 1979's "Oliver's Army", which peaked at number 24.  The follow-up to his recent number 27 hit "Veronica", "This Town" appears to have only charted in Australia (Billboard's Modern Rock and Mainstream Rock charts do not count in my book).  "This Town" had greater success on the Australian Music Report singles chart, where it peaked at number 86.  We will see Elvis again in 1991.

Morrissey certainly had some interesting song titles, and "Interesting Drug" is another.  Interesting lyrics also abound on this one, with lines like "There are some bad people on the right / They're saving their own skins by ruining people's lives" and "a government scheme designed to kill your dreams".  Moz never had much success on the Australian singles chart - either as a solo artist, or as part of his former band The Smiths - with his highest-peaking single being 1988's "Suedehead", at number 45 (May 1989).  He had much greater success in his native UK, where this single peaked at number 9 in April 1989.  Morrissey will pay us several visits over the coming years, with the next occasion being in October 1990.


Number 152 "Eye of the Storm" by Pseudo Echo
Peak: number 152
Peak date: 10 July 1989
Weeks on chart: 1 week
Pseudo Echo's third studio album, Race (number 32, March 1989), was less commercially-successful than their first two albums, and ultimately led to the band's demise.  "Eye of the Storm", in a similar fashion, performed significantly worse on the charts than the first two singles from the album, "Fooled Again" (number 33, November 1988) and "Over Tomorrow" (number 40, April 1989).  If you ask me, the main reason for the downturn in Pseudo Echo's success was their transition from being Australia's premiere synth-pop band to becoming something perhaps best described as... Bon Jovi-lite.  Blame the failed change in direction on the success of their 'rawk' cover of "Funky Town" (number 1, December 1986), which was the band's biggest hit in Australia, and their only real international hit.
"Eye of the Storm" would be the band's final release before splitting.  Singer Brian Canham transitioned into producing records, including Chocolate Starfish's self-titled album (number 2, 1994); although the group reformed (with a different line-up) in the late 90s, once the 80s revival became a thing, and still perform to this day - though I believe Brian Canham is the only original band member.
We will see Pseudo Echo bubble under again in 1999.
Number 155 "The Last Mile" by Cinderella
Peak: number 155
Peak date: 10 July 1989
Weeks on chart: 1 week
We saw Cinderella back in May, with their previous single, a rock ballad.  "The Last Mile" was slightly heavier on the guitars, but not that  much.  "The Last Mile" reached number 36 on the US Billboard Hot 100 in April 1989.  Cinderella will join us again in 1991.
Number 163 "Be There" by Clive Griffin
Peak: number 163
Peak date: 10 July 1989
Weeks on chart: 1 week
On paper, Clive Griffin should have been big.  He had the voice, the looks, and even recorded a duet with Céline Dion in 1993, which was featured in the movie Sleepless in Seattle.  The same year, Clive also released an album containing songs written by Diane Warren, who had penned many big chart hits.  Despite all of this, the best Clive could achieve in his native UK, as a solo artist, was number 56, with a track remixed by David Morales, no less.  Unfortunately for Clive, after his solo career faltered, he was relegated to becoming a backing singer for the likes of Kylie Minogue and Take That.  Things had come full circle for Clive, however, as he once provided the vocals for 'Rick Astley' on a Spitting Image parody of Kylie Minogue's "I Should Be So Lucky"!  There were rumours at the time that Kylie's voice was actually Rick's, sped up.

A fourth and final single from Step by Step, "Head Above Water", was issued in Australia in July 1989, but failed to chart.  None of Clive's singles after 1989 were even released in Australia, aside from the Céline duet, "When I Fall in Love", which peaked at number 93 in September 1993.


Number 164 "Broken Heart (Thirteen Valleys)" by Big Country
Peak: number 164
Peak date: 10 July 1989
Weeks on chart: 1 week
Up until now, Big Country had placed six singles within the Australian top 100 singles chart, with the biggest of those being 1983's "In a Big Country" (number 7, January 1984).  "Broken Heart (Thirteen Valleys)" was the second single lifted from the Scottish band's fourth studio album, Peace in Our Time (number 150, December 1988), and followed up "King of Emotion" (number 79, December 1988).  Curiously, "Broken Heart..." was released in Australia on 23 January 1989, and took almost six months to (barely) register on the chart!  The single fared a little bit better in the UK, peaking at number 47 in November 1988.  Big Country's lead singer, Stuart Adamson, sadly took his own life in December 2001, aged 43.
We will next hear from Big Country in 1993.

Next week (17 July): Six new top 150 entries, including a duet chart entry for an artist who went on to score a big hit five years later with... another duet.  Also, there is one bubbling WAY down under entry, from an artist we met a few months ago.  You can also follow my posts on facebook.

Posted by Bubbling Down Under at 00:50