Bubbling under the Australian top 100 singles chart this week in 1982, we have two acts who you might assume performed better on the Australian charts, and another act who I'd never heard of before.  Shall we take a look? 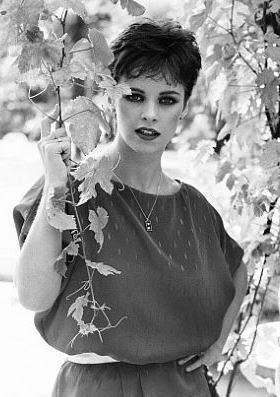 Sheena Easton's machinery only operated spasmodically on the Australian chart.
Beyond the top 100:

Position 7 "Perpetual Motion" by Billy Miller & The Great Blokes
Highest rank: 7th
Peak date: 11 October 1982
Weeks on below list: 1 week
Billy Miller & The Great Blokes were, of course - with that band name, an Australian band.  This is their only release listed on discogs.com, and they never troubled the Australian top 100.  As seen in the embedded clip below, "Perpetual Motion" was performed on the iconic Australian music TV program Countdown - not that it helped this song to chart.
While I probably saw this performance on a repeat of Countdown aired during rage retro month, I have no recollection of it.  The song is alright, if not great, and I could see it having become a top 40 hit if it had received adequate radio support.
Billy Miller had previously been the lead singer of the Australian band The Ferrets, who landed two Australian top 40 hits during the 1970s, with "Don't Fall in Love" reaching number 2 in September 1977.  The Ferrets split in 1979.
Position 8 "Machinery" by Sheena Easton
Highest rank: 3rd
Peak date: 18 October 1982
Weeks on below list: 3 weeks
Scottish singer Sheena Easton landed a number one single in Australia with her first chart entry, "9 to 5 (Morning Train)", in April 1981.
As often seemed to be the case with artists in the early 1980s - particularly female ones - one minute you could be on top of the charts, and 6 to 18 months later, you could be flopping big time... only to then bounce back (usually temporarily) a couple of years later!  Sheena Easton's chart career in Australia followed this up-and-down trajectory.
While Sheena landed another top 10 hit locally with her Bond-theme "For Your Eyes Only" (number 6, February 1982), nothing from her second album You Could Have Been with Me charted in Australia.  "Machinery" was lifted from Sheena's third studio album Madness, Money & Music, which missed the top 100 locally.
Internationally, "Machinery" peaked at number 38 in the UK in August 1982, number 29 in Ireland in August 1982, number 48 in the Netherlands in September 1982, number 15 in Sweden in September 1982, number 18 in Austria in September 1982, number 57 on the US Billboard Hot 100 in September 1982, number 28 in the Flanders region of Belgium in October 1982, and number 6 in Norway.
Sheena would next bubble under on the Australian chart in 1989, dueting with Prince, and on her own in 1991.
Position 10 "Let Me Tickle Your Fancy" by Jermaine Jackson
Highest rank: 3rd
Peak date: 25 October 1982
Weeks on below list: 2 weeks
As a solo artist, separate from The Jackson 5 and The Jacksons, Jermaine Jackson only achieved moderate success, with his highest-charting single "Let's Get Serious" (number 24, September 1980) denting the top 30.
"Let Me Tickle Your Fancy" was the lead single and title track from Jermaine's ninth studio album Let Me Tickle Your Fancy, which did not chart in Australia.
Internationally, "Let Me Tickle Your Fancy" peaked at number 18 on the US Billboard Hot 100 in September 1982.
I have previously written about Jermaine bubbling under in 1989.
Next week (18 October): One new entry bubbling under the top 100.
< Previous post: 6 September 1982                                  Next week: 18 October 1982 >
Posted by Bubbling Down Under at 00:00