This week in 1991's debuts peaking outside the ARIA top 100 are quite a diverse bunch, with everything from rap to house and adult contemporary represented.  Shall we take a look? 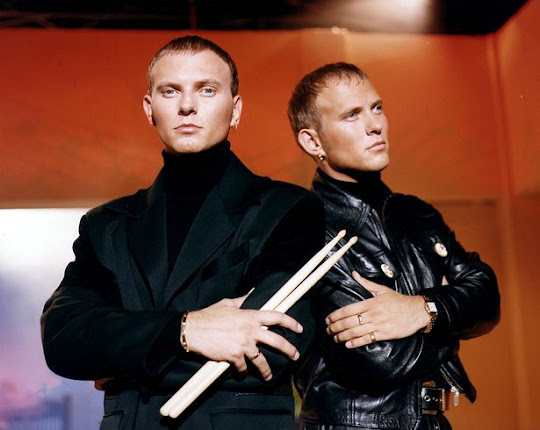 Bros: 1991 was a 'trying' time for them on the Australian chart.
Top 150 debuts:
Number 136 "Give Me the Music" by B.G. The Prince of Rap
Peak: number 105
Peak dates: 28 October 1991 and 11 November 1991
Weeks in top 150: 4 weeks
Bernard Greene is not the kind of name you would normally associate with being a rapper, so Bernard chose the stage name B.G. The Prince of Rap.  As an employee of the US army, Bernard was stationed in Germany, which is where he achieved the most success during his recording career.
Bernard's debut Australian release, "This Beat Is Hot", reached number 93 on the singles chart in June 1991.  "Give Me the Music" was the second Australian release from B.G.'s debut album The Power of Rhythm, which was released locally in October 1991 but missed the ARIA top 150 albums chart.
Internationally, "Give Me the Music" peaked at number 36 in Germany in November 1991.
I hadn't heard this one before.  As someone who is not a huge fan of rap, my favourite part of this was the uncredited female vocals on the chorus.  I am not convinced that the woman mouthing the words in the music video is the actual singer, though.
"Give Me the Music" would be B.G.'s final single to dent the ARIA top 150.