This week in 1989 there were nine new entries peaking between number 101 and number 150.  This would hold the record for the largest number of debuts for any week of 1989, if not for the first top 150 singles chart ever produced, on 30 January 1989, which saw 23 new entries.

A loose lyrical theme running through this week's debuts is being free with your 'love'.  Whether that's busting moves at your best friend's wedding, being flippant about the name of the person you're writing a love song about, or stating explicitly (in quite a literal sense!) what you want to do to your 'lover', it's all here this week.  Let's take a look... 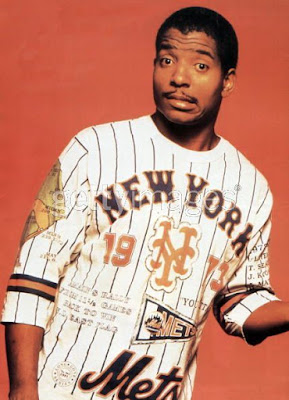 Released as the third single from Sam's debut album Stop! in Europe, "This Feeling" stalled at number 91 in the UK in August 1988. The single had greater, albeit moderate, success in the Dutch-speaking Flanders region of Belgium, and the Netherlands, where it peaked at numbers 23 and 32, respectively, in November 1988. Sam then scored her biggest hit with the re-issue issue of "Stop!" in early 1989.

I remember seeing the "This Feeling" single in the shops, but never heard the song or caught the video anywhere at the time; so, presumably, its success was hindered by a lack of promotion. It's a shame, as "This Feeling" is actually my favourite Sam Brown song, and I think it deserved a lot better. "This Feeling" performed strongest on the South Australia/Northern Territory state chart, where it peaked at number 86. Sam will pay us another visit in 1990.

I know some of you reading this might be thinking, "Isn't this blog supposed to be about flops
that missed the top 100?" Well, yes, that is its raison d'être, but I will also write about
singles that flopped upon their initial release (or later re-release, after once being a hit),
such as this one from Young MC.

I caught the "Bust a Move" music video at least twice on Countdown Revolution in 1989, and
even recall someone at school reciting the "she's dressed in yellow, she says hello" couplet at
the time, so I am not sure why "Bust a Move" flopped the first time around - other than
because, as I have previously written, rap generally didn't do that well on the Australian
singles chart during its 1980s heyday.  Of course, "Bust a Move" would go on to top the ARIA
singles chart in October 1990, after being re-released. Young MC will join us again in 1991.

Another rap track that didn't crossover into the mainstream in 1989, but did a little bit better in 1990, was "Hump Music" by No Face. Although, in this instance, it's understandable why this didn't become a major chart hit (or is it?), given the more... overtly sexual nature of the lyrics, with lines such as "Girl, I'll f**k you, give me p*ssy now", "suck my d*ck all night long" and "I'll f*ck you, I'll dump you, I'll suck you". Ooh er Missus!  Nevertheless, "Hump Music" got a second lease of life on the ARIA chart, where it re-entered in March 1990, and peaked at number 64 at the end of April 1990.

Number 145 "Song for Whoever" by The Beautiful South
Peak: number 145
Peak date: 18 September 1989
Weeks in top 150: 1 week
Weeks on chart: 3 weeks
The Beautiful South were a band I remember reading about in UK Smash Hits-rival magazine Number One, which I read regularly in 1989 and 1990 (before my local newsagent stopped stocking it). I never heard any of their music though until "A Little Time" became a minor hit locally (number 72, May 1991) - and, in fact, their only top 100 single in Australia. Formed from the remnants of The Housemartins, whose biggest and only real hit in Australia was their version of "Caravan of Love" (number 24, June 1987), "Song for Whoever" was The Beautiful South's debut single. The track, lifted from their Welcome to the Beautiful South album, peaked at number 2 in the group's native UK in July 1989.
I didn't hear this track until 2007, when it became one of my favourite 'new' music discoveries that year. Known as the "music man" with a stash of music at the ready at a former job, someone once asked me to put some music on when a 'colleague' announced that she eloped on an overseas holiday during a staff meeting. The nearest thing I could grab was a CD-R (how quaint) with this on it as track 1. I'm not sure how well lines like "I love you from the bottom of my pencil case" fit the occasion, but it's not like anyone was really listening. Still, I think it was a more-fitting song than the one the requester had suggested - Billy Idol's "White Wedding" (do people not listen to the lyrics?!).

On the state charts, "Song for Whoever" performed strongest in Western Australia, where it
peaked at number 114. We shall see The Beautiful South again in 1990.

Despite having name recognition, Chaka Khan only had two solo top 100-charting singles in
Australia - those being the original version of "I'm Every Woman" (number 27, March 1979),
and "I Feel for You" (number 4, December 1984). Even with her group Rufus, they only
managed to score one Australian top 100 'hit' - "Tell Me Something Good" (number 64,
November 1974). Despite Chaka's relative lack of success, this 1989 remix of "I'm Every
Woman", lifted from the remix album Life Is a Dance - The Remix Album (number 143, July
1989), managed to register on our chart - albeit in the lower reaches of the top 150. This
version of "I'm Every Woman" performed much better in the UK, where it peaked at number 8
for two weeks in May 1989.

Before getting hold of these charts, I had never heard of Marshall Crenshaw, who hails from
the US. Marshall had previously placed one single in the Australian top 100, "Someday,
Someway" (number 57, December 1982). "Some Hearts" was written by Diane Warren, and
was originally offered to Belinda Carlisle, who recorded a demo for her 1987 Heaven on Earth
album, but it did not evolve beyond the demo stage. Interestingly, this song did not chart
anywhere else.

Now here's someone I had heard of before... unknowingly, as the voice of Tommy Pickles on
the Nickelodeon cartoon Rugrats - a show I used to sometimes watch in 1996 to wind down
from a day of my final year of high school. But long before then, E.G. (real name: Elizabeth
Ann Guttman) had a brush with fame playing 'Patti', the 17 year-old teenage runaway who
later gave birth to a 10 lb. baby boy, in Rod Stewart's "Young Turks" (number 3, March 1982)
music video. In between being a dancer in music videos and a voiceover actress, E.G. tried
her hand at being a pop star. While she never achieved massive success in her recording
career, E.G. did score a top 20 hit in Belgium, the Netherlands and New Zealand, with "Say It,
Say It" in 1986.

After that long introduction, let's take a look at the track at hand. "Some People" was
released as the lead single from the album Lace Around the World. While it reached number
33 on the US Dance chart (not a real chart, according to me), the single failed to chart
anywhere else.


Number 153 "Thing Called Love" by Bonnie Raitt
Peak: number 153
Peak date: 18 September 1989
Weeks on chart: 2 weeks
American Bonnie Raitt had been releasing albums since 1971, but "Thing Called Love", from her tenth studio album Nick of Time (number 58, April 1990), was her first single to register on the Australian chart.
The Nick of Time album was also Bonnie's major commercial breakthrough in the US, where it topped the chart and was certified quintuple platinum.  That being said, "Thing Called Love" did not chart on the Billboard Hot 100, despite later singles from the album doing so.
Elsewhere, "Thing Called Love" peaked at number 86 in the UK in June 1990, and number 66 in the Netherlands in September 1990.
On the ARIA state charts, "Thing Called Love" performed strongest in Western Australia, where it peaked at number 125.
Listening to "Thing Called Love" as I write this, I can't help but think that it might have been a much bigger hit if it had've been released a couple of years later, when the popularity of blues-twinged music seemed to take off in Australia.  The song is certainly catchy.
Bonnie will break into the ARIA top 150 single chart in May 1990, twice!

Next week (25 September): Another six new top 150 entries, and two bubbling WAY down
under debuts. Among them, we have the first charting song about the drug ecstasy, and the
last chart entry from a duo who were nudging the top of the charts earlier in the year. You
can also follow my posts on facebook and instagram.

Posted by Bubbling Down Under at 00:05