Sometimes, a new act looks like they're going to become the next big thing.  Other times, an act who looks like they're destined to become a one-hit-wonder turn out to have a more-enduring career, even if the immediate follow-ups aren't as successful.  'Success' is a relative term, and this week we see both types of acts among the new entries, as well as one act tempting fate by naming their single 'Success', and another titling their flop single 'The Big One'.  Oh, the irony!  We also see a future recording star who went on to considerable success getting her first break as a back-up dancer... in one of this week's new entries! 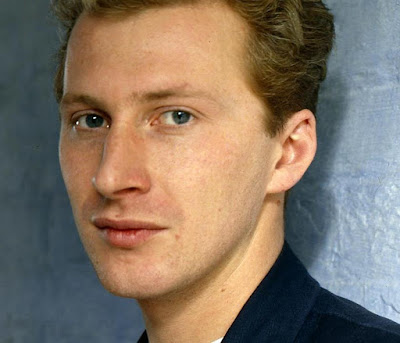 This double A-side single became Salt 'N' Pepa's second top five hit in the UK, but in Australia, it became their first release to miss the top 100.  It seemed, to me, as though Salt 'N' Pepa were destined to become one-hit wonders in Australia, with "Push It" - of course, that was proved wrong in 1991.  I caught their cover of "Twist and Shout" on rage a couple of times in early 1989, while waiting for the top 50 chart rundown to begin, but didn't hear the other A-side until the early 2010s.  Anastacia, who would go on to have her own recording career, got an early break as one of the female backing dancer ensemble in the video - you'll be able to spot her with her trademark glasses on.

On the state charts, "Get Up Everybody (Get Up)"/"Twist and Shout" performed strongest in Western Australia, where it reached number 75.

Colin Vearncombe, aka Black, scored a decent-sized, belated hit in Australia in 1988 with "Wonderful Life" (number 7, May 1988).  Other, earlier-released overseas singles "Sweetest Smile" and "Everything's Coming Up Roses" failed to give Black a second hit down under when issued after the success of "Wonderful Life".

This track, the lead single from Black's second album, Comedy, peaked outside the top 50 in the UK, and was another to miss the top 100 in Australia.  A 'big one' it wasn't.

Colin was sadly killed in a car accident in Cork, Ireland in January 2016, aged 53.

Eighth Wonder returned to the top 150 with their third single, after we saw the second debut back in January.  This track was another Pete Hammond production for PWL, the record label owned by Pete Waterman of Stock Aitken Waterman.  Unlike the first two singles, which reached the top 15 in the UK, this one stalled at number 65 in the band's homeland... and that was pretty much it for Patsy Kensit's singing career.

Speaking of Stock Aitken Waterman, this track saw the unlikely pairing of the trio with the punk-looking Sigue Sigue Sputnik.  The single sleeve jovially changed the band's name to Sputnik Aitken Waterman.  Several SAW-produced acts, such as Kylie and Rick Astley, and non-SAW acts, such as Bros and... Gary Glitter make cameos in the video.  Not that any of this helped the band score a hit, really, as the single stalled at number 31 in the group's native UK, and just scraped into the top 150 locally.

Someone reading this may know, but I'm not entirely sure why this 30 year-old track re-charted in 1989.

Update: A reader has kindly reminded me that Channel 9 had a station promo running around this time that featured a re-recorded version of 'Shout'.  That's presumably why this was re-issued and re-charted... which seems a very 'British' thing to have happen!


Bubbling WAY down under:
Number 152 "This Illusion" by Schnell Fenster
Peak: number 152
Peak date: 6 March 1989
Weeks on chart: 1 week
Melbourne band Schnell Fenster, which is German for 'fast window', are made up of former members of Split Enz and The Swingers - i.e. they are all actually Kiwis!
"This Illusion" was the band's third single, lifted from their debut album Sound of Trees (number 82, October 1988).  It followed "Whisper" (number 56, August 1988) and "Love Hate Relationship" (number 83, November 1988).  The band never landed a top 50 hit in Australia.
We shall next see Schnell Fenster in 1991.
Number 157 "The Price of Love (The R & B '89 Remix)" by Bryan Ferry
Peak: number 157
Peak date: 6 March 1989
Weeks on chart: 1 week
At this point, Bryan Ferry had landed 13 solo singles on the Australian chart, and 10 with his former band Roxy Music.  His biggest solo hit in Australia was "Let's Stick Together (Let's Work Together)", which reached number 1 for two weeks in November 1976.
A remix of "Let's Stick Together", released to promote The Ultimate Collection (number 9, December 1988), peaked at number 38 in Australia in December 1988.  This remix of "The Price of Love", not on the aforementioned compilation album, was issued as the follow-up release.
The original version of "The Price of Love" peaked at number 9 in Australia in November 1976.
Internationally, the 1989 remix of "The Price of Love" peaked at number 49 in the UK in February 1989, and number 30 in Ireland during the same month.
We will next see Bryan in 1993.
Also:
It's not a single peaking outside the top 150, but I'm sure that most people would be shocked know that Madonna's new single, "Like a Prayer" debuted at number 164 this week, before climbing to number 3 the following week and then going on to reach number one.  I can only assume that the low debut is due to the single being available in limited retail outlets, for one day of sales, before the survey this week's chart was based on closed.


Next week (13 March): A bumper edition, with nine new entries peaking within the 101-150 region of the chart, and two bubbling WAY down under debuts.