These days, it's not that unusual for album tracks to chart if they're from a new album released by a popular artist.  Back in late 80s, the charts were the exclusive domain of proper singles, with the occasional EP or double A-side.  Flop singles that weren't later re-released in the hope of becoming hits the second time around would sometimes get a second lease of life by being recycled as B-sides for later singles.  One such track debuts in the top 150 this week. 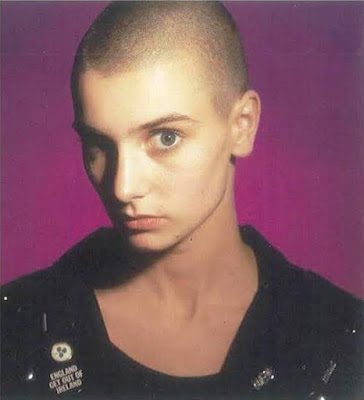 Sinéad O'Connor had to make do with modest chart peaks before conquering the world in 1990.

The third consecutive single release by Huey Lewis & The News to contain the word "world" in its title, 'World to Me' followed the number 22-peaking "Perfect World", and "Small World", which failed to chart at all in Australia.  I suspect that the latter probably bubbled under, if the chart had gone further than number 100.

When I wrote this post, the video embedded below (which isn't a music video or live performance) had received just 19 views on YouTube since its upload in September 2017.  From that, I can conclude that Martin was Australian, not widely known, and not remembered too well.  He doesn't even have a page on discogs.com.  Googling "martin kaye" "quit this joint" yields a grand total of three search results.  I assume that this post will become the fourth!

Unfortunately, I can't tell you much about this one, as it's not on YouTube, and I can't find it anywhere to listen to online.  I can post the single sleeve, though, which I have done below.  They may be a South African group. 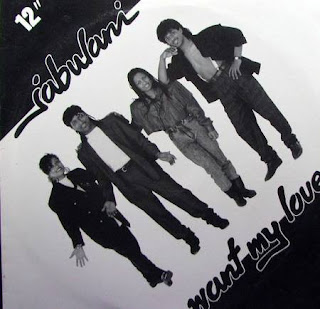 I was expecting this to be a female artist, going by the name.  The sleeve below and higher-register-for-a-man voice didn't make it clearer to me, but wikipedia tells me that Robben is indeed a man.  It also tells me that he has collaborated with lots of big, important artists - everyone from George Harrison, to Joni Mitchell, and even Rick Springfield and Kiss!

Sinéad had her first taste of Oz chart success in 1988 with "Mandinka", but follow-up single "I Want Your (Hands on Me)" failed to chart.  Released locally on 12 December 1988, 'Jump in the River' didn't appear on the first chart that extended beyond number 150, last week.  Sinéad was quite prolific with side-projects such as soundtracks and duets during this era, and this track was lifted from the Married to the Mob soundtrack - coincidentally, the same album from which the Debbie Harry track that debuted last week was taken.  "Jump in the River" was included on Sinéad's second album, over a year later.  'Jump in the River' was also used as the B-side for her 1990 mega-hit, "Nothing Compares 2 U".

From the soundtrack to the 1988 movie of the same name, starring Danny DeVito and Arnold Schwarzenegger, this track has that classic mid-late 80s 'soundtrack' sound to it.

Next week (13 February): there are unusually no new top 150 debuts for singles peaking within the 101-150 region of the chart!  There are, however, three bubbling WAY down under entries to write about.