In part one , I covered new entries peaking between 101 and 150, up to number 133.  Part two covers the remaining new entries for the first week that the Australian singles chart was calculated beyond number 100. 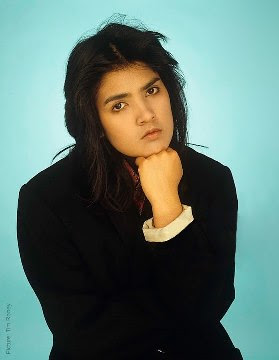 I have no recollection of this one.  An Australian melodic metal band, they remind me a little of Roxus.  BB Steal will pay us another visit in 1992.

This one is new to me, too, but I quite like it.  I only previously knew their 1988 single 'Don't Be Afraid of the Dark', which peaked at number 44 three months prior.  'Acting This Way' does not appear to have charted anywhere else.

In Australia, Tanita is best-known for her arresting but somewhat morose-sounding 'Twist in My Sobriety'.  So, it seems a little jarring to hear (and see, in the video below) her performing an upbeat, lighthearted number, with 'Good Tradition'.  Funnily enough, it was this single that was Tanita's biggest hit in the UK, peaking at number 10, while 'Twist...' could only manage number 22.  Released more than five months' prior in Australia, 'Good Tradition' may have been boosted on the chart due to 'Twist in my Sobriety' debuting this week at number 140.  'Good Tradition' was most popular in Western Australia, where it reached number 69, failing to hit the top 100 on any other state chart.  Tanita will be back in a few months' time with another top 150 smash.

She would undergo a name-change later in the year, but for now, Debbie Harry was back with a new single, from the movie Married to the Mob.  I remember catching this one on (Australian) MTV as a new release.  Poor Deb couldn't seem to gain much momentum with her solo releases, with Australia affording her just one hit per album/era, though that would change (slightly) in 1990 - and we were probably her biggest market.  This in-between release, which didn't chart anywhere else, barely registered a blip.  We will next see Debbie, as Deborah, in 1990.

I didn't know this one at the time.  I can't tell you much about Gail, other than she's American, and was in David Bowie's band for the last 20 years of his life.  This song was biggest on the Vic/Tas state chart, where it reached number 69.   It also peaked at number 76 in the UK.

Released in early October 1988, this cover version of an Aussie FM radio staple by Cold Chisel was still bubbling under the top 100 almost four months later.  To my ears, this sounds like a bad, cheap, country muzak version of the original, but I'm sure some people like it.  The Reels' last hit, in 1986, was also a cover version.  They will be troubling the top 150 again in 1991.

Now this one was released way back on 11 July 1988, according to the weekly lists of new release titles that the Australian Music Report published at the time (before the advent of The ARIA Report).  Somehow, it was still hanging around six months later.  This single peaked at number 27 in the UK.

Another one I was unfamiliar with, this sounds like the kind of thing late 80s Australian radio would lap up.  Vocally, he reminds me of a huskier Bryan Adams.  Sadly, John died in March 2019.  John will visit us again in 1992. 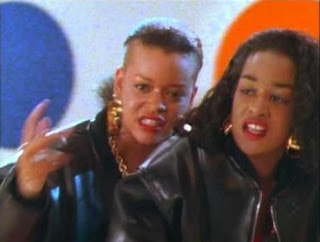 The Wee Papa Girl Rappers were not exactly heating things up on the Australian charts.


Occasionally, I will mention singles peaking outside the top 150 that I am aware of; but it will be by no means a comprehensive list.  From what I can gather, the Australian singles chart was calculated down to at least the low 180's some weeks in 1989, though I'm not sure how low it went, and it would have varied week by week.  In November 1990, there's even one week where the singles chart stops at number 140.

Fraternal twin sisters T.Y. Tim and Total S (real names: Sandra and Samantha) released this slice of acid house meets rap-with-British-accents back in June 1988 in the UK, where it peaked at number 21.  In Australia, we got the single in early November.  I remember seeing this a couple of times on rage, waiting for the top 50 segment to begin.  As one of the YouTube commenters says, "Australia was stupid to ignore this."  Indeed.  Follow-up single "Wee Rule" gave them a top 10 hit in the UK, but did nothing locally.

Next week (6 February): a more sedate affair, with only seven new entries to talk about; one of which later went on to become the B-side of a massive number one single across the globe!