Unusually, there are no new top 150 debuts of singles peaking within the 101-150 range of the chart this week; the only time this occurs in 1989. 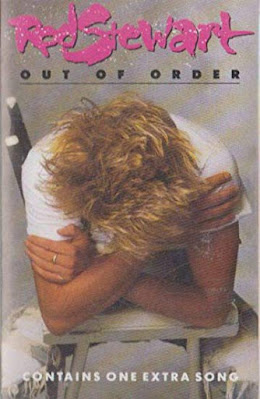 There are, however, three outside the top 150 debuts/peaks I have information for.


Number 162 "Harvest for the World" by The Christians
Peak: number 162
Peak date: 13 February 1989
Weeks on chart: 1 week
Liverpudlian band The Christians were so-named owing to Christian being the surname of the band's three founding members, who were also brothers.  The group placed two singles on the Australian top 100 chart in 1988: "When the Fingers Point" (number 73, April 1988) and "Ideal World" (number 89, May 1988).  Both tracks were lifted from the band's debut album The Christians (number 64, April 1988).
Nothing else The Christians released would dent the top 100 in Australia, other than the Hillsborough tragedy charity single "Ferry Cross the Mersey" (number 45, June 1989), on which they performed, along with other recording artists from Liverpool.  "Forgotten Town" registered on the South Australia/Northern Territory state chart, peaking at number 88 in July 1988, but did not chart nationally - this was when the ARIA chart did not extend beyond number 100.
"Harvest for the World", an Isley Brothers cover version, was a non-album single recorded for charity.  The single reached number 8 in the band's native UK in October 1988, becoming their highest-charting single there (not counting "Ferry Cross the Mersey", which went to number 1).  "Harvest for the World" also reached number 4 in Ireland, and made the top 40 in the Netherlands and the Flanders region of Belgium.
On the ARIA state charts, "Harvest for the World" performed strongest in Western Australia, where it reached number 77.
We shall see The Christians again in 1990.
Number 164 "My Heart Can't Tell You No" by Rod Stewart
Peak: number 164
Peak date: 13 February 1989
Weeks on chart: 1 week

The third single from the Out of Order album, and the second to miss the ARIA top 100, following "Forever Young" (released locally in August 1988), this track peaked at number 49 in Rod's native UK - though oddly three months after it charted here!  Rod will join us next in August 1989.


Number 165 "Burn It Up" by The Beatmasters with P.P. Arnold
Peak: number 165
Peak date: 13 February 1989
Weeks on chart: 2 weeks
English electronic group The Beatmasters landed their biggest hit in Australia with "Rok Da House" (number 37, June 1988), featuring rap duo Cookie Crew on mic duties.  "Burn It Up", the follow-up release, was a collaboration with P.P. Arnold (real name Patricia Ann Cole), who had been a recording artist since the late 1960s, and was aged 42 at this point.
While the single flopped in Australia, "Burn It Up" reached number 14 in the UK in October 1988, number 15 in Ireland, number 24 in New Zealand in November 1988.
"Burn It Up" took some time to register on the chart in Australia, having been released on 7 November 1988.  Had the ARIA singles chart extended beyond number 100 before 30 January 1989, I suspect that "Burn It Up" may have peaked higher than number 165, as it reached number 96 on the New South Wales/Australian Capital Territory state chart on 12 December 1988; a peak equalled in Western Australia this week in 1989.
Both "Rok Da House" and "Burn It Up" appeared on the album Anywayawanna (number 129, October 1989).
We will next see The Beatmasters bubble under in June 1989.

Next week: the return of two artists who've already had one top 150 'success' in 1989, and a song that samples a song which was prominently sampled on a Prodigy hit from the mid-90s.

Posted by Bubbling Down Under at 10:51