Having hits in Australia during the 1980s and 1990s was literally a hit and miss affair.  This week in 1991, a single that was promoted with a Pepsi TV commercial could not become a hit, and an act who landed one of the biggest hits of 1990 will languish outside the top 100 with just their third release. You were only as big as your last single, it often seemed.
Before delving into this week in 1991's new entries, I have updated some earlier posts with the following: 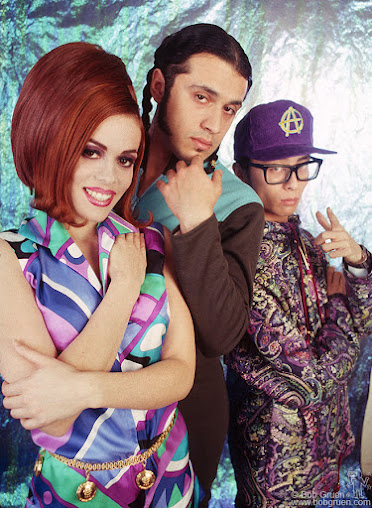 Deee-Lite: a good beat, a good song, but not a great chart position.
Top 150 debuts:
Number 138 "Kanon" by Loudest Whisper
Peak: number 114
Peak date: 24 June 1991
Weeks in top 150: 8 weeks
This track, which I'd never heard of before - and wasn't on YouTube until I uploaded it to embed in this post (rescuing these flops from obscurity is my life's work...) - is a version of Baroque composer Johann Pachelbel's "Canon in D".  Coincidentally, we saw another song based on this just three weeks ago.  I wonder if there was a connection, with this track being released to cash-in on the success (well, not in Australia) of The Farm's "All Together Now"?
To my ears, "Kanon" sounds like a Christmas-y song.  The kind of thing that's pleasant to hear over the PA system in a shopping centre, or in a hotel lobby.  This song is presumably one of few charting singles to contain a harp on it.  Other than that, I can't tell you much about this one.  This version of "Kanon" did not chart anywhere else that I can determine.
"Kanon" peaked 38 places higher on the Australian Music Report singles chart, reaching number 76.
Number 144 "Seal Our Fate" by Gloria Estefan
Peak: number 112
Peak date: 27 May 1991
Weeks in top 150: 7 weeks
Weeks on chart: 9 weeks
Cuban-American singer Gloria Estefan was involved in a nasty tour bus accident in 1990, which left her with broken vertebrae.  Gloria was apparently told that she may never walk or dance again, but fortunately, that grim prognosis turned out to be incorrect, and Gloria made a comeback in early 1991 with her second solo studio album Into the Light (number 9, November 1991).
Gloria's chart career started out as part of Miami Sound Machine, landing the memorable hits "Dr. Beat" (number 11, February 1985) and "Conga" (number 37, March 1986).  After several underperforming singles on the Australian chart, Gloria returned in 1988 - now with lead billing as Gloria Estefan and Miami Sound Machine - with "Anything for You" (number 11, August 1988).
Gloria stepped out on her own in 1989 with the Cuts Both Ways (number 1, July 1990) album.  "Seal Our Fate" was the second single from Into the Light, following "Coming out of the Dark" (number 56, February 1991).
Internationally, "Seal Our Fate" peaked at number 53 on the US Billboard Hot 100 in May 1991, number 24 in the UK in May 1991, number 35 in the Flanders region of Belgium in April 1991, number 46 in the Netherlands in May 1991, and number 54 in Germany in June 1991.
Within Australia, "Seal Our Fate" was most popular in Queensland, where it reached number 87.  The single peaked higher on the Australian Music Report singles chart, reaching number 98.
As seemed to be a trend for me in 1991, I first heard/saw "Seal Our Fate" on Coca-Cola Power Cuts.  Coincidentally, the song and music video were used in a TV commercial for rival cola company Pepsi.  I was a bit surprised by Gloria's energetic performance in the video for "Seal Our Fate", given her recent spinal injury.  There's an alternative edit of the video, showing more energetic scenes and fewer close-up shots of Gloria's face here.
We will next see Gloria in September 1991.
Number 147 "Valentine" by Nils Lofgren
Peak: number 119
Peak date: 29 July 1991
Weeks in top 150: 12 weeks
American rock musician and multi-instrumentalist Nils Lofgren placed three albums on the Australian chart between 1976 and 1981, although none charted higher than number 73.  Nils had greater success recording with other artists, such as Crazy Horse and Neil Young.  Nils has also been part of Bruce Springsteen's E Street Band since 1984.
"Valentine", lifted from Nils' album Silver Lining (number 122, July 1991), contains guest vocals from Bruce Springsteen on the chorus, although he is not credited as a featured artist or duet partner.  Bruce also appears in the music video.
Internationally, "Valentine" peaked at number 19 in the Netherlands in May 1991.  The song also reached number 37 on the US Billboard Mainstream Rock Airplay chart in April 1991, for whatever that's worth.
In Australia, "Valentine" made a slow 12-week climb to its peak of number 119 - and then exited the top 150 the following week.