Welcome to my 1983 recaps of the Kent Music Report 'singles receiving significant sales reports beyond the top 100' lists.
1983 was the year I started kindergarten, which in my state is the year before you commence primary school (it is known as pre-school in some other states).  Judging by the few photographs I have of myself at kindergarten, I was clearly not enjoying the experience, as I look so incredibly unhappy in all of them.  Or maybe I just hated posing for photographs from an early age...  I was also page boy at my uncle's wedding in early 1983 - another thing I hated doing, evident from the photographs.
Although it would still be a few years before I started following music and charts, 1983 was kind of the first year I took notice of the songs that radio were playing frequently. 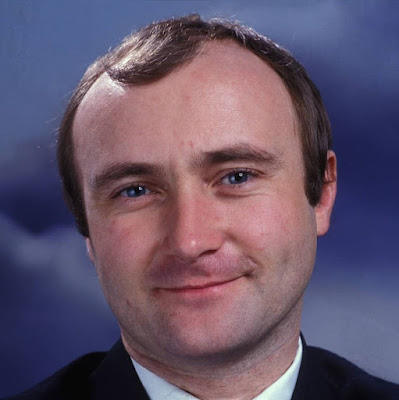 Phil Collins couldn't break through the wall into the top 100 with this release.
Beyond the top 100: